Artist, Marcin Polak, works with 35 young people in Bolzano on the topic of media miscommunication relating to immigration.

The residency at Museion with artist, Marcin Polak, from Lodz in Poland is underway 35 young people living or near to Bolzano and coming from the province, from outside and even from much further afield have joined forces to help the artist to get to know South Tyrol and some of its current issues. In particular they will work on the theme of miscommunication by the media on the topic of refugees and immigration.

Together with the artist, the group have already visited the museum in the victory monument of Bolzano and the “semirurali” in order to understand the complex history of the region and have visited together Hotel Alpi and Binario 1 at the railway station, where a large number of refugees are living. Here they had chance to talk to them and learn more about the current refugee crisis from those directly involved.

The group are also working hard on collecting newspaper clippings and on-line articles, as well as videos and photo documentation, in which they suspect there is untrue or misleading information on the topic of immigration. The results of this research will be presented at an event open to the public on Wednesday 27th April from 6pm until 10pm at Museion Passage in an installation. On this occasion reactions, feedback and input will be collected and documented as part of the artistic project.

The artist, Marcin Polak, will stay in touch with the group even after he will have left Bolzano, and up until the completion this Autumn of the art work he will create, ensuing form the residency. 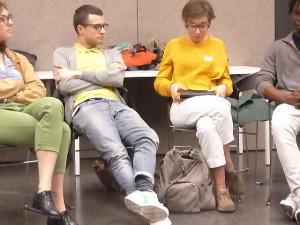 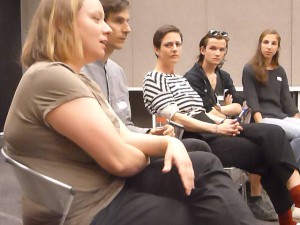 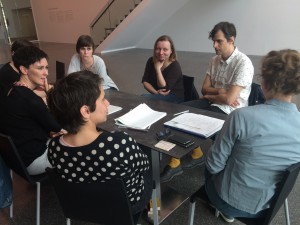 Trip to the Toolbox exhibition in Zagreb